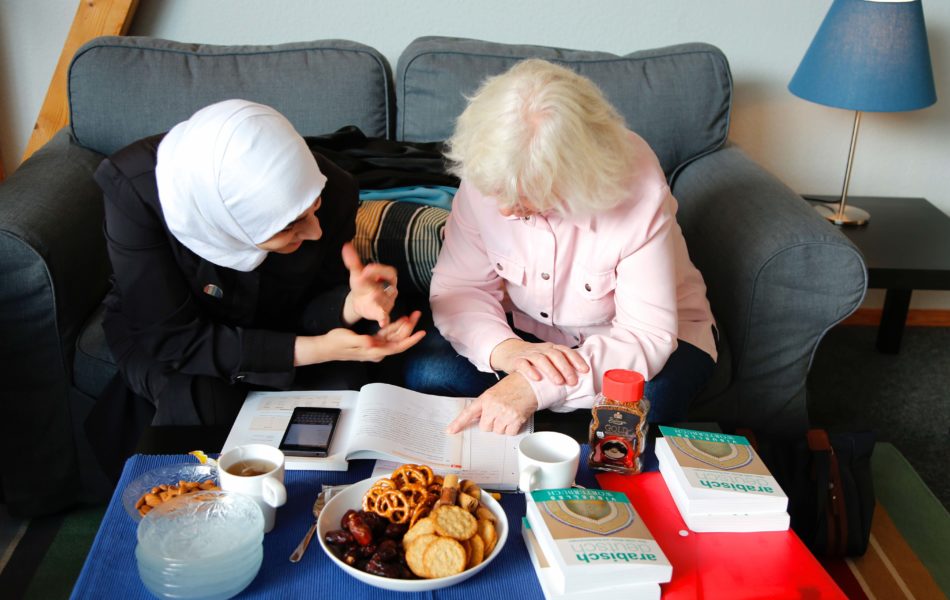 The new Ancora language learning lab is up and running, and students are enjoying it. The classes, offered two days a week, give refugee students the opportunity to learn German language concepts in computer-based lessons, then practice what they’ve learned in a conversation café setting.

The skills they are picking up range from learning the alphabet to working toward several levels of language certification. For those who are uncomfortable with computers, it’s also a chance to work on basic computer skills.

Two men and five women have joined the first class, which started in mid-October. More than 10 volunteers help run the program, offering childcare, helping with German conversation, setting up the computers and providing snacks. 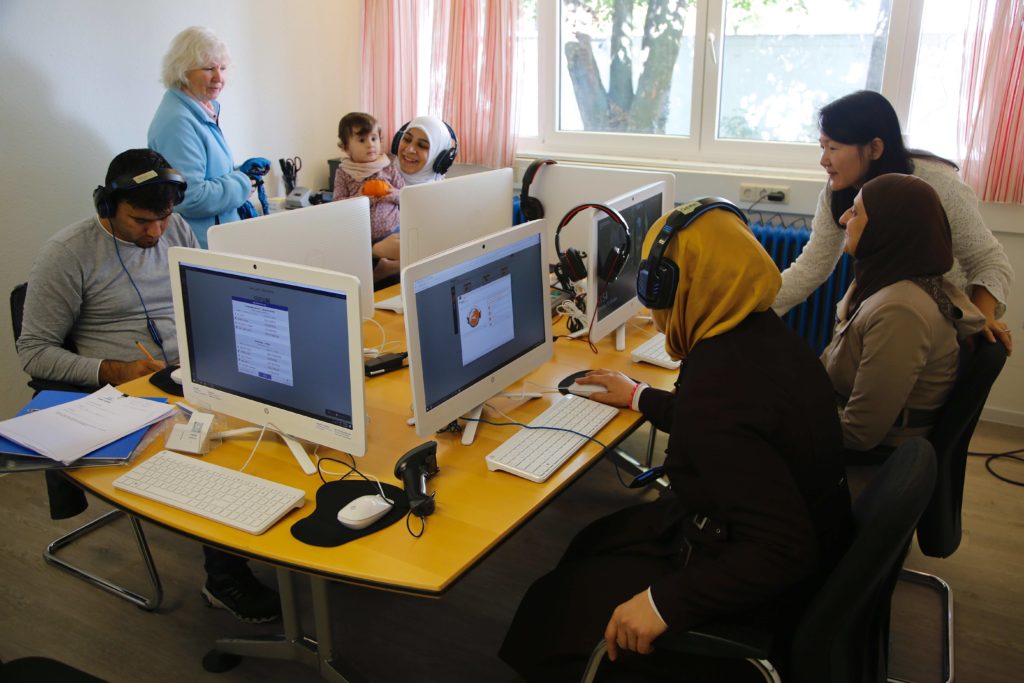